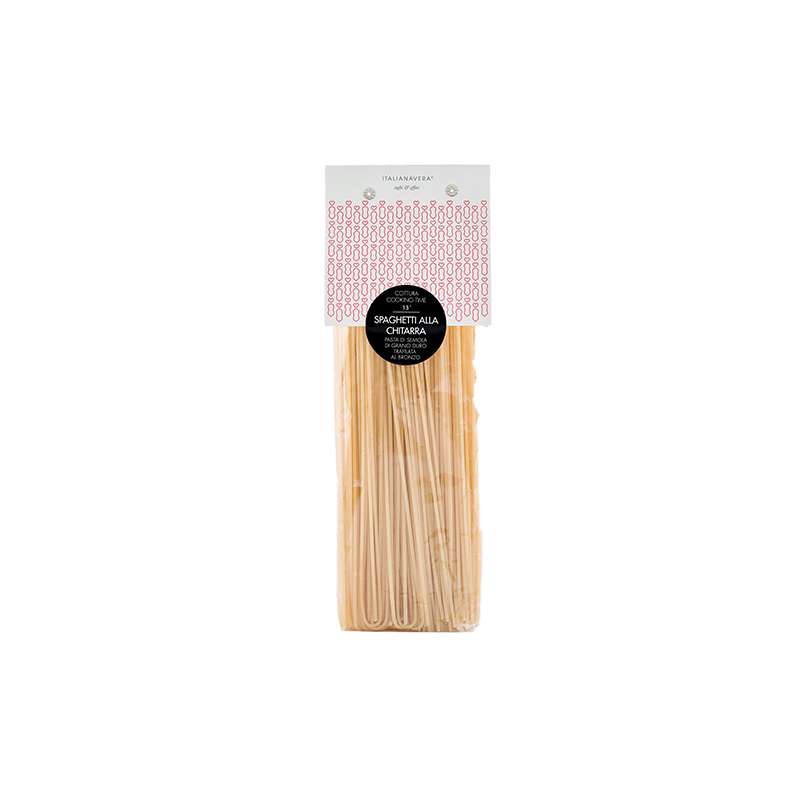 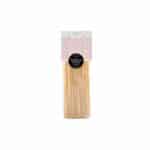 Spaghetti alla chitarra is so called because in the past they were produced with the chitarra (guitar), a typical Abruzzo culinary tool that has strings similar to the musical instrument.
The sheet of dough was placed on metal ropes and then pressed with a rolling pin.
The result was a kind of spaghetti, but with a square section.

Spaghetti alla chitarra by Italianavera are inspired by this traditional pasta typical of Abruzzo.
The square shape and the bronze drawing, which gives porosity to the surface, allow the sauce to adhere perfectly.

How to prepare them.
The traditional sauce of these spaghetti is a tomato sauce in which the pallottine (meatballs) are boiled for a long time: meatballs of mixed meat previously fried with the typical Mediterranean aromatic herbs.
Also delicious with fish sauces or carbonara.

Durum wheat semolina, water.
It may contain traces of shellfish or soy.

has been added to your cart.
Checkout

You will immediately receive a